CSES - HIIT Open 2017 - Impatience Impatience is a one-person game played on an infinitely large 2-dimensional grid. Each grid cell is either empty or it contains one pebble. We refer to grid cells with coordinates $(r,c)$, where $r$ is the row (numbered from top to bottom) and $c$ is the column (numbered from left to right).

You are given two shapes, A and B, that show the positions of the pebbles. In the beginning, you place all pebbles according to shape A, with the top left corner in cell $(1,1)$. Then you can perform a sequence of valid rotations in which you move one pebble to a new position. You win if you find a sequence of rotations so that your final configuration looks like shape B (possibly shifted horizontally and vertically, but not rotated or mirrored). 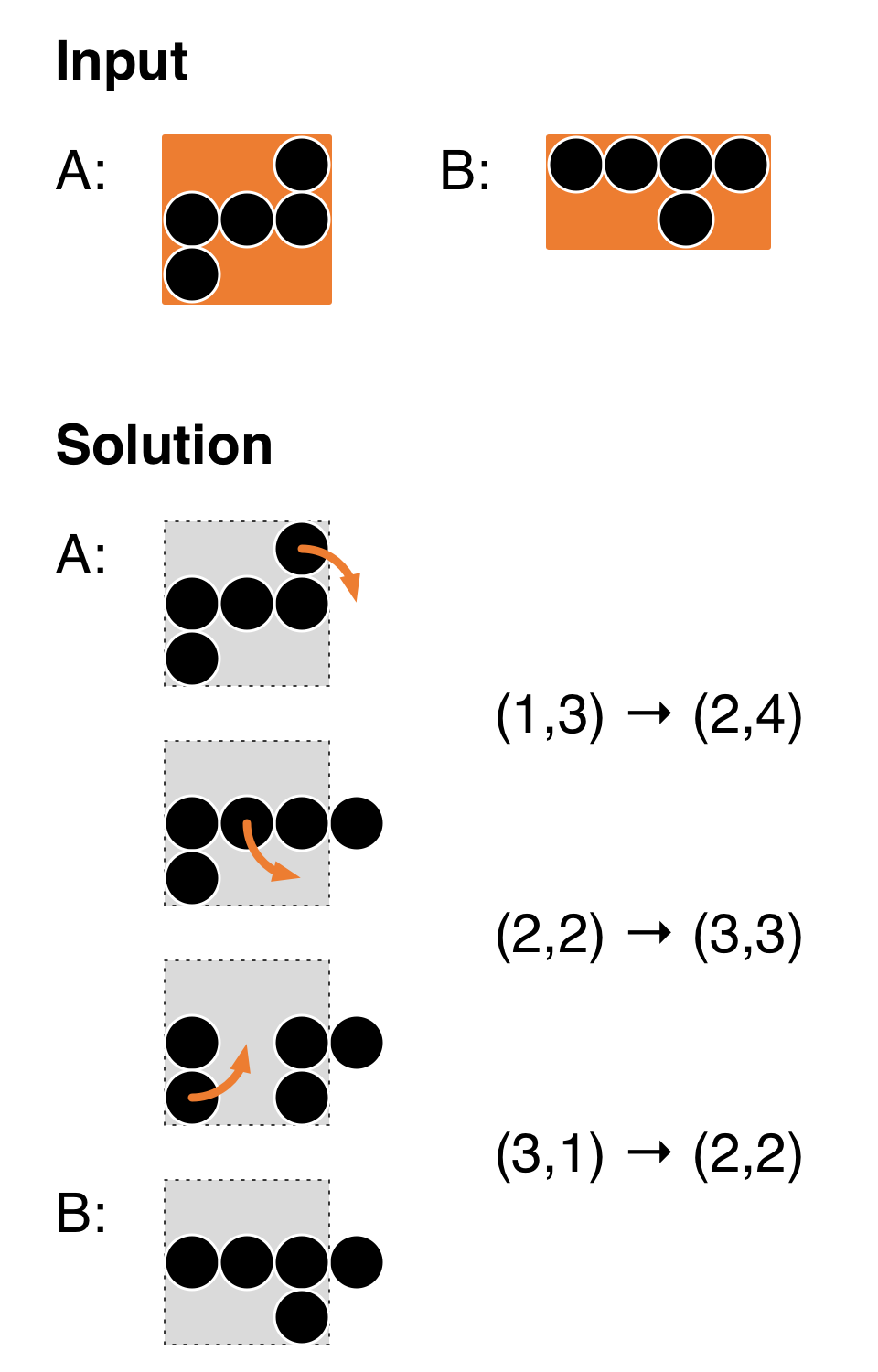 Note that you are free to use both negative and positive coordinates. You can freely step outside the boundaries of the images A and B.

As input, you will receive two shapes. Each shape is encoded as follows: The shapes do not have any holes (starting from any empty slot, you can reach another empty slot by a sequence of moves up/down/left/right through empty slots).

If there is no way to win the game, output just -1.

The following example corresponds to the above illustration.